Making research, good practices, learning activities and events on intercultural dialogue in the Euro-Mediterranean accessible to everyone. 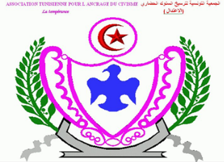 A grassroots campaign to encourage especially women in Tunisia to participate in political decision making and in the legislative elections in October2019. The campaign included among other face to face meetings in areas such as Nabeul and Mednine. The organization implementing the campaign also aims to combat the stereotype that women can notbe seen as leaders, decision makers and role models. Hence the implementing organization hopes that the campaign will contribute to a new political culture, that does not overlook women.